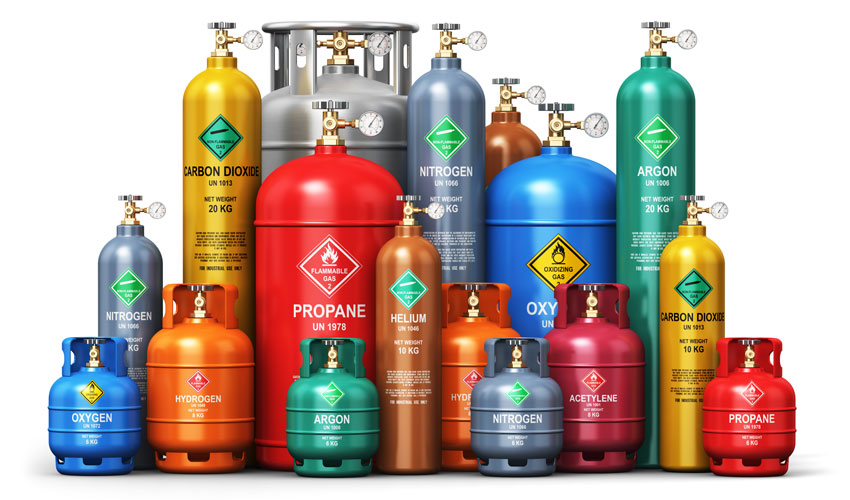 Please note: Our article below, as originally published on July 21, 2019, may have been misleading.  While MLA 318 does allow for the filling of U.S. DOT-approved refillable cylinders, those cylinders must then be exported to non Contracting States/Parties of ADR.  The original article could have been interpreted as allowing DOT approved refillable cylinders to be filled and used within ADR contracting states/parties.  The article was updated, with this clarification added, on November 1, 2019.

Members of the Compressed Gas Association have been working in close cooperation with our colleagues at the European Industrial Gases Association (EIGA) to propose regulatory changes in Europe and North America that would help streamline cylinder and pressure receptacle supply chains, without sacrificing public safety.

A Quick History of ADR in Europe

The European Agreement concerning the International Carriage of Dangerous Goods by Road (ADR) was first developed in the late 1950s to increase the safety of hazardous materials moving across Europe via ground transport. Adopted in 1957 under the auspices of the United Nations Economic Commission for Europe (UNECE), ADR went into effect in January 1968.

This authoritative agreement stipulates that except for excessively hazardous materials, dangerous goods may be transported by road internationally, as long as they comply with certain requirements, including:

Most countries in Europe have now adopted ADR. These countries are referred to as Contracting Parties.

Since ADR first took effect more than 50 years ago, Annexes A and B have been regularly amended and updated.

In addition to amendments, countries can use bilateral and multilateral agreements – for reasons other than safety during carriage – to regulate or prohibit the entry of dangerous goods into their territories.

Under specific conditions, Contracting Parties may also use bilateral or multilateral agreements to permit certain dangerous goods – which ADR would otherwise prohibit or restrict – to be carried within their territories.

Over the years, a number of important multilateral agreements (MLAs) have gone into force that affect the compressed gas industry, including:

MLA M237 permitted certain filled or empty U.S. Department of Transportation cylinders to be transported within M237 signatory countries under specific conditions. These cylinders could be moved from a temporary storage location to an end user site, and then returned for export.

In 2015, CGA and EIGA recognized that the process of using multilateral agreements and special permits for the import, transport, and export of cylinders and pressure receptacles placed significant burdens on both regulators and the compressed gas industry.

Consequently, CGA began working collaboratively with EIGA to have the provisions of these MLAs incorporated into ADR, while proposing corresponding revisions to DOT regulations in the U.S. These changes address the import, intermediate storage, transport, filling or discharge, and return (export) of certain cylinders and pressure receptacles between the U.S. and Europe.

This petition requested changes to permit the import of filled pi marked foreign pressure receptacles for intermediate storage, transport to point of use, discharge, and export without further filling – as well as the import of certain pi marked foreign pressure receptacles for the purpose of filling, intermediate storage, and export.

The proposed language would authorize pressure receptacles marked with a pi mark in accordance with the European Directive 2010/35/EU on transportable pressure equipment (TPED) and that comply with the requirements of Packing Instruction P200 and 6.2.2 of ADR concerning pressure relief device (PRD) use, test period, filling ratios, test pressure, maximum working pressure, and material compatibility for the lading contained or gas being filled.

This is not a new practice. For many years, the import and export of pi marked foreign pressure receptacles has been allowed through special permits and competent authority approvals, without negative effect on public safety.

By eliminating the need for special permits and competent authority approvals, this proposed action is expected to reduce the burden on both the companies importing and exporting these pressure receptacles and on U.S. DOT. The requested revisions will also make the overall system more streamlined, efficient, and easier to manage.

In late February 2017, officials at DOT acknowledged receipt of this petition for rulemaking and assigned a petition number, P-1701 (Docket No. PHMSA-2017-0026).

Concurrent with the efforts to change U.S. DOT regulations, EIGA has been working with ADR Contracting Parties to revise the European agreement to incorporate similar requirements.

In June 2019, Multilateral Agreement M318: Concerning the carriage of gases of Class 2 in refillable pressure receptacles authorized by the United States of America Department of Transportation in relation to 1.1.4.2, took effect. MLA M318 replaced MLA M299, which expired on June 1, 2019.

Meanwhile, the U.S. DOT has notified CGA that it has assessed CGA’s petition and determined that the proposed action merits consideration in a future rulemaking.